As Queen Victoria’s consort, Prince Albert was the original First Husband. He’s also one of modern menswear’s first great icons; for proof, you need look no further than the slipper that bears his name.

When he was born in 1819, few would have imagined that Francis Albert Augustus Charles Emmanuel of Saxe-Coburg and Gotha would make much of a mark on the world. The second son of a minor German duke, he should have lived a quiet, comfortably-off life – and died a quiet, comfortably-off death. But instead, a combination of shrewd marriages and unexpected fatalities saw his family rocket right to the top tier of 19th century European royalty. And so, aged just 21, Albert found himself married to England’s new queen. 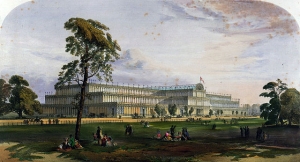 Victoria was madly in love with her new husband. But it would take her subjects a little longer to warm to him. Gradually, though, Albert won the nation over. He popularised German traditions like carol-singing and Christmas trees – traditions which are now an integral part of British life. He encouraged projects to provide better living conditions for the working class, championed the improvement of the education system at all levels, masterminded the triumphant Great Exhibition of 1851, and laid the foundations for the great museum quarter at South Kensington – a district that, even today, is known as Albertopolis. 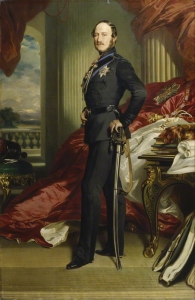 Tall, slim and handsome, Albert also became a leader of fashion, just as his descendants are today. The prince patronised up-anc-coming Savile Row tailoring establishments like Huntsman, and became known around the world for his exquisitely-cut, subtly luxurious clothes. In the Dictionary of Fashion History, items of clothing named after him take almost an entire page; the listings include Albert boots and collars, overcoats and riding jackets, watch-chains and capes. Many of his style signatures have endured – from the dark, sober lines that continue to dominate mens’ tailoring, right down to now-standard details like touches like button-hole notches in lapels, a detail that’s become standard issue. 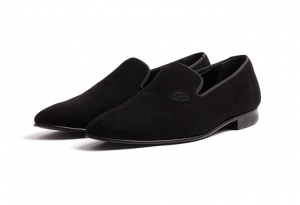 But it’s perhaps the Albert slipper that sums up the prince’s legacy best. Slippers had existed, in different shapes and forms, for centuries. At the Great Exhibition, there were displays featuring exotic, sumptuously embellished examples from all over the world, from North America to Turkey and India. But Albert and his contemporaries championed a lean, modern new version which simplified the shape and stripped away all the unnecessary detail. What was left was a quietly luxurious piece of footwear, designed with both comfort and elegance in mind. Lined in silk, trimmed in velvet, and decorated with simple monograms or military braid, it epitomised the new mood sweeping through British society; sophisticated, discreetly opulent, yet relaxed. 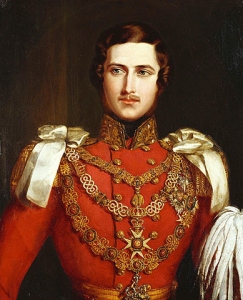 It reflected the words Albert would write before his death to the men entrusted with waiting on his son, the Prince of Wales; ‘The appearance, deportment and dress of a gentleman consist perhaps more in the absence of certain offences against good taste, and in careful avoidance of vulgarities and exaggerations of any kind . . . A gentleman does not indulge in careless, self-indulgent, lounging ways, such as lolling in armchairs, or on sofas, slouching in his gait, or placing himself in unbecoming attitudes, with his hands in his pockets, or in any position in which he appears to consult more the idle ease of the moment than the maintenance of the decorum which is characteristic of a polished gentleman. In dress, with scrupulous attention to neatness and good taste, he will never give in to the unfortunately loose and slang style which predominates at the present day. He will . . . take care that his clothes are of the best quality, well-made, and suitable to his rank and position.’ 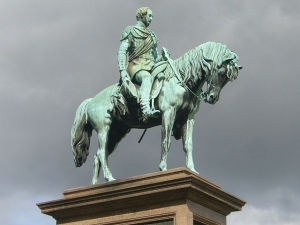 Albert died young, aged just 42. Victoria would mourn him for the rest of her days, and commissioned a series of spectacular memorials across her Empire which still stand testament to his name. Centuries later, little girls are still raised on stories about fairytale princess and glass slippers. But few know the story of the gentleman’s dress slipper – and its real-life handsome prince.

Rahul Patel traded life as a fashion photographer for a new career on the other side of the lens. Now a popular menswear digital influencer, he leads an enviable lifestyle - and has an enviable wardrobe to match. His JERMYN Red Cross + Green tweed slippers fit his style to a tee; streamlined classics, with a twist.

Named one of Britain’s best-dressed men by both GQ and Esquire, blogger Prince Cassius is known for his confident, colourful sense of style. (That, and the best Afro in the business). A familiar face on London’s fashion circuit, his made-to-order MAYFAIR Eagle slippers are his go-to piece.